They’re waiting on you

In April of 2014, I received a letter that I had “won” tickets to attend Live with Kelly and Michael show. (They’re free, so are you really winning?!) If you know me, this was a jumping-up-and-down-nearly-peeing-my-pants-moment.

First, I adore Kelly Ripa.
Secondly, Michael Strahan is one of my three celeb crushes (Duane Johnson and Kevin James are my others–don’t judge me).
Finally, this was a professional development experience for my Frannie on Five research.
I had to make plans to go.

So my bff Carrie and I ventured to NYC not knowing the guests; we could’ve cared less–we were having a girls’ getaway! And did I mention we were going to see Kelly Ripa and Michael Strahan!?!?

There are so many great moments of that trip that could be a blog in and of themselves, but the musical guest that day, Rod Stewart, sang a song that resonated deeply and still does to this day. (Isn’t it amazing how music can do that?!)

As part of his comeback, he wrote a song, “Can’t Stop Me Now” that chronicled his career. The lyrics pretty much say that record labels told him they couldn’t sign him because of his mole, his nose, and his clothes. He was eccentric and didn’t look the part. (Note: Man looks at the outward appearance, the Lord looks at the heart–and boy, did Rod have heart!?! 1 Sam 16:7)

But Stewart retorted, “Thank you, gentlemen, and I moved on down the road…” The lyrics continue,

And I remember thinking

What thick skin!
What determination!
What strength!
What perseverance!
What passion!

And most importantly, what a legacy!

I don’t know about you, sunshine, but rejections are hard for me to handle. I’ve experienced many of them during my life, especially when I set out to do what I believed God called me to do when I began Shine.
Call after call of, “No!”

I need to be honest here, sunshine–often times I felt–and still do–like a failure.
The enemy is so cunning.
And I also know he’s a big, fat liar.

And here’s what else I know–I am no longer doing Shine full-time, but I’ve remained faithful to writing blogs twice a week, updating social media daily, and praying, fasting and talking with women whenever I get a chance, and every single week, I’ve received a message or response, that my message resonated with someone–at least one. And I’ve gotten new clients. And I am booking a women’s retreat. Shine is not a failure, it just wasn’t my time.

I work full time and spend several hours each week writing, planning and posting, and to top things off, I am hosting an exchange student from Brazil this year, so I am fully committed and stretched in so many ways. But I have this God-given gift, and I will climb this mountain if it’s the last thing that I do because one person this week needs to know they are divinely designed and overwhelmingly loved by God.

Perhaps that person is you, sunshine?
And perhaps there is something that you’ve given up on? A dream that you dismissed because of multiple rejections?

What if Rod Stewart gave up when he was rejected the first, second, third, tenth time?

What if I gave up on sharing God’s love after hearing “NO” 10 times in a row on strategy calls?

You wouldn’t be reading this right now. And if you read until the end, there is a message you need to hear--don’t give up on what God has gifted and called you to do.

Someone’s waiting on you, too, sunshine.

p.s. Let me know if this message spoke to you. I love hearing from you and personally respond to all of my messages. 🙂 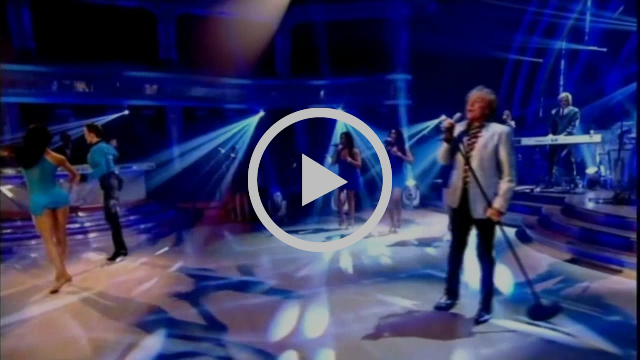 Here’s a little British Dancing with the Stars version of Rod signing
“Can’t Stop Me Now”–
Turn it up and get your Monday started right!